CEO, PRESIDENT & CHAIRMAN OF THE BOARD 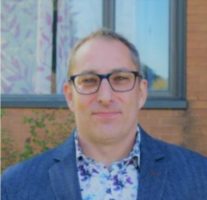 Marcel Robillard is a geologist, graduated in 1993 from the University of Quebec in Montreal. He also holds a Master of Earth Sciences obtained in 1995. From 1998 to 2007, he acted as a project geologist and project manager for Géominex, a consulting firm in geology and mining exploration. Since 2007, Mr. Robillard is on the board of directors of Puma Exploration (PUMA:TSX-V) in addition to being CEO of this company since 2010. 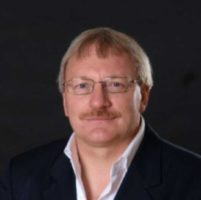 Richard Thibault has a B.Sc. (Mining Engineering) from Queen’s University of Canada. He is a Professional Engineer (P.Eng.) with over 40 years of mining experience in engineering, operations, management and consulting in North and South America and Southeast Asia and is the President and Principal Engineer at AVOT Consulting Inc. Currently he is on a long-term assignment for MUZO Emeralds as VP, Colombian Shared Services and Director of Mines in Colombia. Prior, he was Group Chief Operating Officer, Mining of Malaysia Smelting Company Bhd. and Senior General Manager of its subsidiary Rahman Hydraulic Tin Sdn. Bhd. along with being CEO of Asian Metal Mining Consultancy all in Malaysia. From 2008 to 2013 he was Chief Executive Officer and Director of Antioquia Gold Inc. (AGD-V) a publicly traded company with mining interests in Colombia. From 1997 to 2006, Mr. Thibault worked in Argentina, Bolivia, Chile, Colombia, Ecuador, Mexico, Panama, Peru and Venezuela. While based in Buenos Aires, Argentina, he held the position of President of High American Gold Inc., a publicly traded junior mining company, and Managing Director of Procesadora de Boratos Argentinos S.A. (PBA), a private industrial mineral company. In Santiago, Chile, he was the General Manager of the consulting firm BGC-AVOT Engineering Inc. In 2006/07, he held the position of Vice President, Minerals of Daleco Resources Corp., a United States based publicly traded company. Before moving to South America, he worked for the Canadian company, Fording Coal Ltd., in progressively responsible positions. 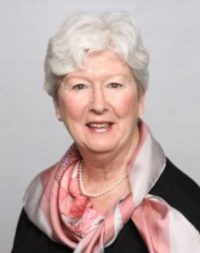 Ms. Gosselin Brisson is a graduate of the University of Quebec at Rimouski (UQAR) and is a Chartered Professional Accountant (CPA) with more than forty years of experience in auditing public bodies, manufacturing companies and service companies. Since 2014, she has been employed by Puma Exploration Inc.

Puma Exploration is keenly following the principles of sustainable development, social responsibility and social acceptability. The quality of the links between the Company and the various communities is of paramount importance for Puma Exploration, and that is why it works on it on a continuous basis.

For Puma Exploration, minimizing the environmental impacts of exploration works has been a priority since the creation of the Company for all projects in which it is involved.

Puma Exploration intends to maintain its corporate obligations in accordance with the strict environmental policies of the Government of New Brunswick’s Ministry of the Environment. In addition, the Company will continue to monitor the technological evolution of the mining industry to continually improve its environmental and social performance.

Puma Exploration Inc., incorporated under the Canada Business Corporations Act by shares, is a mineral exploration company engaged in the acquisition and exploration of mining properties with the potential to host base metal type deposits. It is currently active in Canada and holds a large portfolio of mineral properties. The Company is a reporting issuer in Ontario, Alberta, British Columbia, Manitoba and Quebec. Its title is traded on the TSX Venture Exchange (TSX-V) under the symbol PUMA.

Certain information contained in the website, including any information relating to the financial yield or the future operating performance of the Company and other statements that express management’s expectations or estimates on the performance of the Company in the future constitute “prospective statements”. Prospective statements include words such as “to anticipate”, “to intend”, “to project”, “to estimate” and similar expressions. Such statements are necessarily based upon a number of estimates and assumptions that, while considered reasonable by management, are inherently subject to uncertainties and contingencies affecting businesses, the economy and competition.

This website may contain prospective statements reflecting management’s expectations with respect to future events. Actual results may differ from expected results. The management of the Company does not assume any responsibility for updating or revising prospective statements to reflect new information or latest events, except by legal obligation

We use cookies on our website to give you the most relevant experience by remembering your preferences and repeat visits. By clicking “Accept”, you consent to the use of ALL the cookies.
Cookie settingsACCEPT
Manage consent

This website uses cookies to improve your experience while you navigate through the website. Out of these, the cookies that are categorized as necessary are stored on your browser as they are essential for the working of basic functionalities of the website. We also use third-party cookies that help us analyze and understand how you use this website. These cookies will be stored in your browser only with your consent. You also have the option to opt-out of these cookies. But opting out of some of these cookies may affect your browsing experience.
Necessary Always Enabled

Any cookies that may not be particularly necessary for the website to function and is used specifically to collect user personal data via analytics, ads, other embedded contents are termed as non-necessary cookies. It is mandatory to procure user consent prior to running these cookies on your website.